I’m about to start making a new range of jewellery. This jewellery , like my pictures, will be themed around local beaches.

I want to make some displays for showcasing my jewellery and using locally sourced items from the beach emphasises the narrative.

I went to Goodrington beach in Paignton to collect some shells.

I brought home a wide variety of different types.

Some of these will look great in a cabinet alongside my jewellery but I also want to use some to make moulds to cast some in pewter.

I made some pewter shells a few years ago and still have four left.

Next thing I need to find is some driftwood.

One of my favorite places in the bay can be found at the far left of Broadsands beach.

Crystal caves are only accessible at low tide but it is well worth the difficult scramble over slippery rocks to see the quartz crystal lined caves and pick up fragments of quartz among the rocks and in the rockpools.

But it’s not just about picking up a couple of trinkets.

The rich geological heritage of this geopark offers a wealth of colours and textures to inbue into my work. It could be rock formations in the red Devonian cliffs or wave textures left in the sand.

This last photograph developed into texture on this circular piece I made recently. 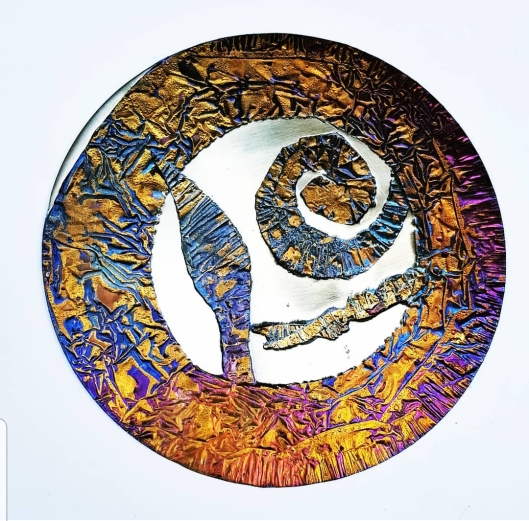 it is always inspiring but sometimes it is simply enough to sit and admire this beautiful landscape and that is exactly what I did this afternoon.

Very simply, sharing another of my circular pieces. This one is slightly smaller than my last circular one. It is inspired by glorious sunsets reflected in swirling rock pools on a gorgeous September evening. 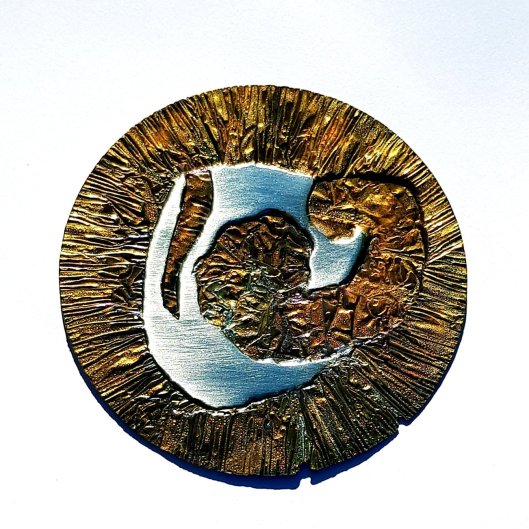 These two photographs show the difference that light makes on iridescent patinas.

The left was taken outside in daylight and the right at night under artificial light.

This is straight from the manufacturer, my new personal metal stamps.

I have one for my pictures and a smaller one for jewellery.

This is the first of a series of circular pieces.

Opening night/private view of my exhibition. 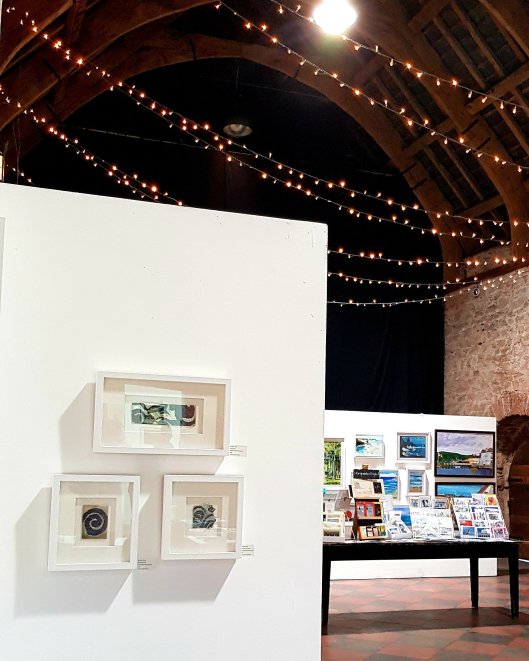 Most of my photographs are of natural landscapes but I took this photo while I was on the beach this morning.

I love the composition and wanted to share this so here it is. 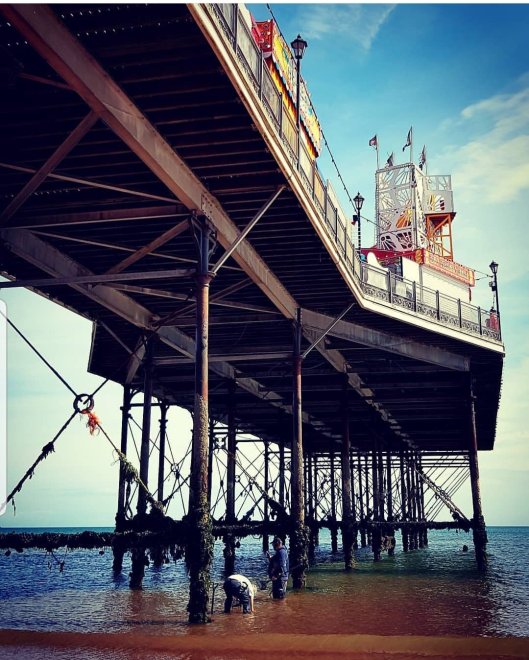 I will be exhibiting some of my latest work at Torre Abbey with some incredible artists in the St Ives exhibition running alongside. 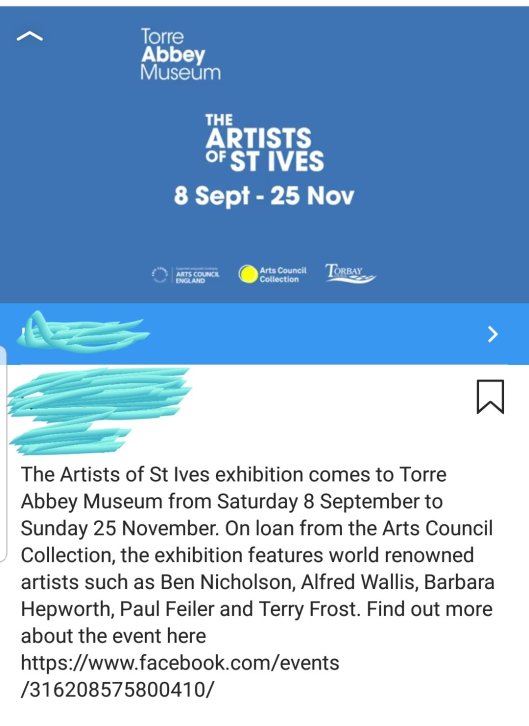 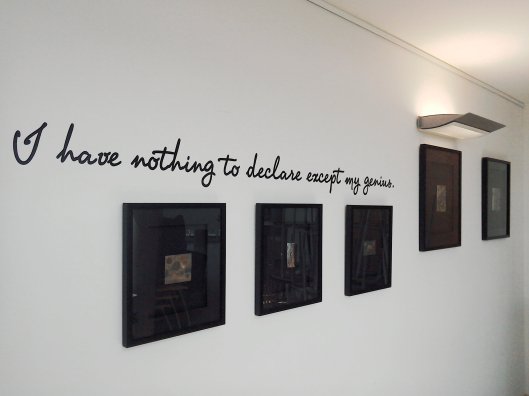 In March that year I had seen black framed pictures in galleries in Berlin.

Black frames in galleries in England is almost unheard of, white predominates.

It was a very successful exhibition and two of my large black pictures won the Pewter Live competition in London.

However, even though most of the black work sold and it was considered by many to be preferable to white to showcase my metalwork , I struggled to get it accepted in galleries in England.

I had to succumb . I had my new work mounted and framed in white.

I do like the white frames and they are more acceptable in galleries but people still tell me that they prefer the black.

Do I do both or choose one?

One of my larger black works in situ.