My rationale in producing this sculpture is raise awareness of socio economic issues in housing and emphasizes the importance for future design. My work in this project echoes the historically circular thematic of current architectural thinking and the trend of addressing previous failures in the industry. I have incorporated three stories from my own family, each one has a resin cast containing items that link to the story.

The sculpture is not yet finished but the above photograph shows the layout I am hoping to achieve.

My Grandfather, Charles Henry B*******n, was an orphaned child, I don’t know any details about why or how but I do know that he suffered a disability. His arm was ‘withered’ and he had some damage to his eye that caused his eyelashes to grow on the inside of his eyelid, causing his eye to constantly water all of his life. I never knew him, as he died before I was born, but my elder sibling’s recollect that tears ran down his cheek and he was always dabbing his eye.

He was unofficially adopted by a couple with the name Wilson and was known by the name Charlie W****n for the rest of his life. Charlie rejected the offer of going into the business of his adopted father and as a teenager had ambitions to build a career by himself. He started by selling matches outside factories and saved his profits to invest in buying cigarettes to also sell outside these factories. This led on to selling newspapers and so began his business which he built up to the point of being able to buy a shop in S******d Street, Wolverhampton.

As time went on it became common knowledge in the area that if you couldn’t get something you could always get it at Charlie W****n’s shop.

Apart from being a general store his shop was also a newsagents. In the early 1900’s, my Grandfather led a strike against the Express and Star newspaper which led to a national strike. These strikes changed the way newspapers were sold. Previously, a newsagent would buy a number of newspapers to sell and at the end of the day they would be left with unsold papers. After the strike unsold newspapers were returned to the publisher and credited. This system still operates today.

My father, Charles Henry B******n Jnr, went to work with his father on returning from the War and following the death of his mother. He later inherited the shop but after a compulsory purchase by Wolverhampton town council, in the demolition of back to back housing and re-development of the area, he went on to buy premises in Lower H******y F***ds, where I was born and lived up until age fifteen.

The resin cast contains actual items from my Grandfathers shop; a broken Mother of Pearl button and an old-fashioned hand-made button, similar to the ones that would have been made by workers at home in the back to back houses, a cutting from and old Express and Star newspaper, an old penny and a match as a symbol of his entrepreneurship.

My mother’s family had a history of life on the canals. It was a hard life of extreme poverty and I have many stories that have been passed down of my immediate family, as well as the extended family that traveled up and down the country.

The  Express & Star newspaper in Wolverhampton ran an article on the family in 2012.

The cargoes they carried were food, such as wheat and if they were lucky, chocolate and coal.

The items I chose to represent this story are; coal, metal (copper) and grain.

The two bargees they lived and worked were called Apollo Duck and Spade. The boats still exist today, as leisure boats. 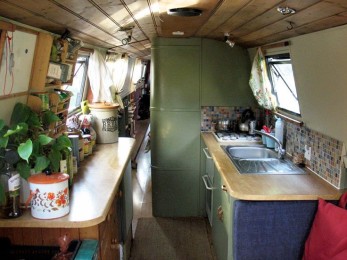 Spade was one of the oldest boats mooring at Cosgrove in 2013. 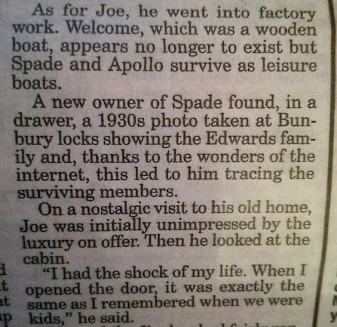 The family left the canals and settled in a Back to Back house in Broad Street, Wolverhampton around 1937/8. Most of the children are still alive in 2017.

18,000 families were estimated to be working the canals in 1800’s, 3000 of these were women. These families often came from farming communities who diversified in order to earn money. The whole family were involved with even small children working alongside adults. It was an extremely hard life. Families worked for 17 hours a day. The winters were freezing and the summers boiling in the narrow, cramped and overcrowded boats. Due to the traveling lifestyle, they were uneducated and illiterate.

The community of these “Bargees” was very strong, much like the gypsy communities of today. They had their own cultures. The boats were decorated, inside and out with roses and castles paintings. Interiors decked out with lace and rag rugs. 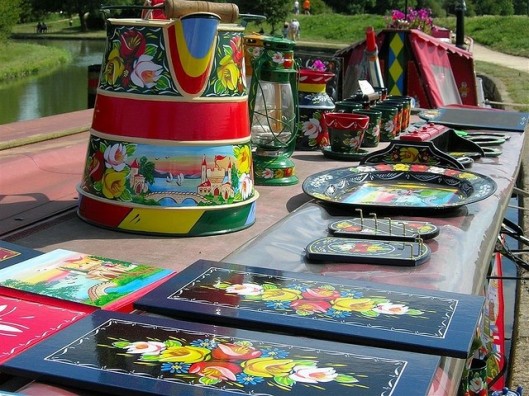 Bargees had a bad reputation. People were suspicious of the boat workers who rarely left the towpath. They were branded as criminals and scruffy, violent people. Some tags warranted as many did drink. They were scruffy and indeed due to the work and living conditions, they were often dirty. They also earned the violent reputation as fights often broke out between them, especially at locks.

Because of the stigma attached to Bargees children were told to forget their backgrounds if they left the canals for dry land. 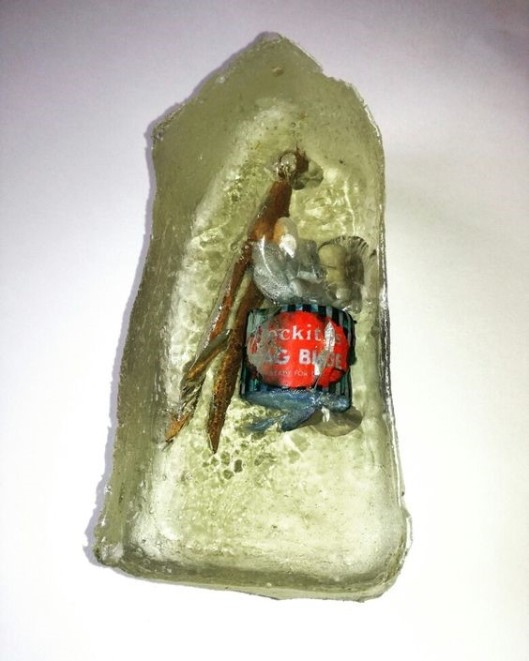 Sharing was essential for community life in the back to back housing. I never lived in one of these houses myself but my older siblings did. People in these houses lived, in some respects, in extended families. Children often played and wandered freely as someone would always be watching over them. Toilets and washhouses were in constant use with one toilet to share between up to three hundred plus people and washhouses to share between fourteen houses.

This is a  photograph of one the last surviving back to back houses in Birmingham, 50 – 54 Inge Street and 55 – 63 Hurst Street. The houses are operated as a museum by the National Trust.

One of the stories I want to portray in my sculpture took place in a washhouse exactly like this, in Wolverhampton.

My eldest sister, Linda, was around two years old. She was playing in the courtyard on a Monday morning (wash day). Left unattended, she wandered into the washhouse and leaned into a dolly tub, like the one featured above.  Linda fell upside – down into the dolly tub. It was only due the quick – witted actions of a neighbour that she did not drown as there was no way she could get out or even turn in the tub. The neighbour pulled her out, feet first, and called my mother.

Of course not all accidents can be avoided but a tragedy was prevented in this case by community living. If this had happened and neighbours were not sharing premises and being watchful of each other my sister would have most likely drowned.

The items I have chosen to represent this story are items that I have from my late father’s shop, a dolly peg and a Reckitts blue bag.

This has worked quite well. I was unsure how it would turn out but I’m pleased with the results.

I love working with this wonderful metal. The prismatic qualities in the patina never cease to enchant me. 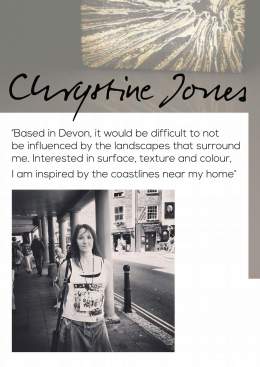